You can also watch my Tenerife video on my Facebook page: https://www.facebook.com/beziibella/

I travelled to Tenerife for one week, to be specific: I stayed in Puerto de la Cruz. It’s in the North of the island. I booked a hotel with all inclusive, which was really nice, tidy and the view from the hotel room was amazing.
The flight from Vienna took about 5h, which was okay, we got food and drinks and had a nice view from above the clouds. 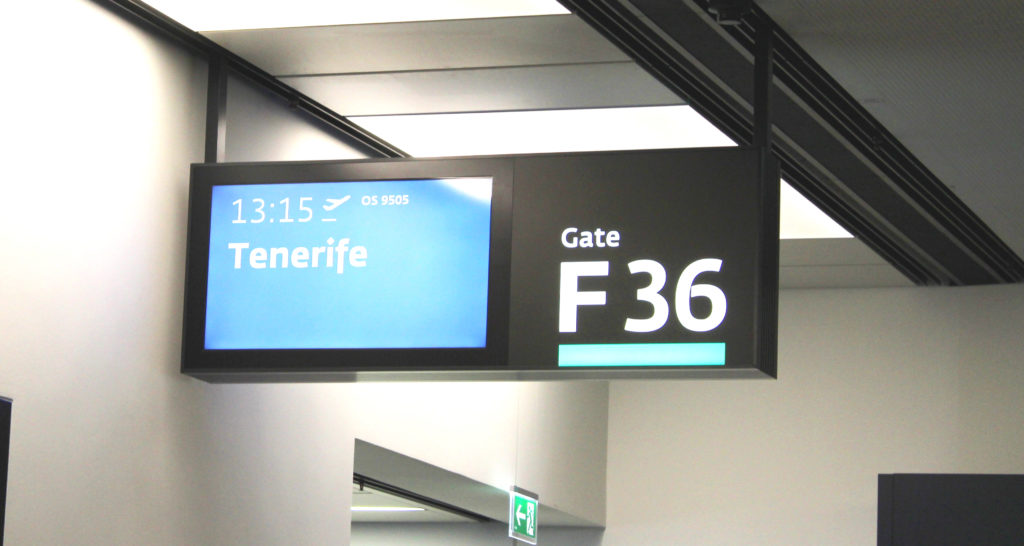 The hotel: it is called H10 Tenerife Playa and it was really nice. My room was quite big, tidy and I had everything I needed. There was a TV, Wifi, a bathtub, hairdryer, minibar and we had also a balcony. We stayed at the fifth floor. The hotel itself has a big entrance area and a bar, one restaurant and some more rooms to hangout, but we didn’t make use of them. Also the stuff was very polite. The best part was the view from our room: I could see the sea and also the Lago Martianez, which is a swimming pool filled with seawater. 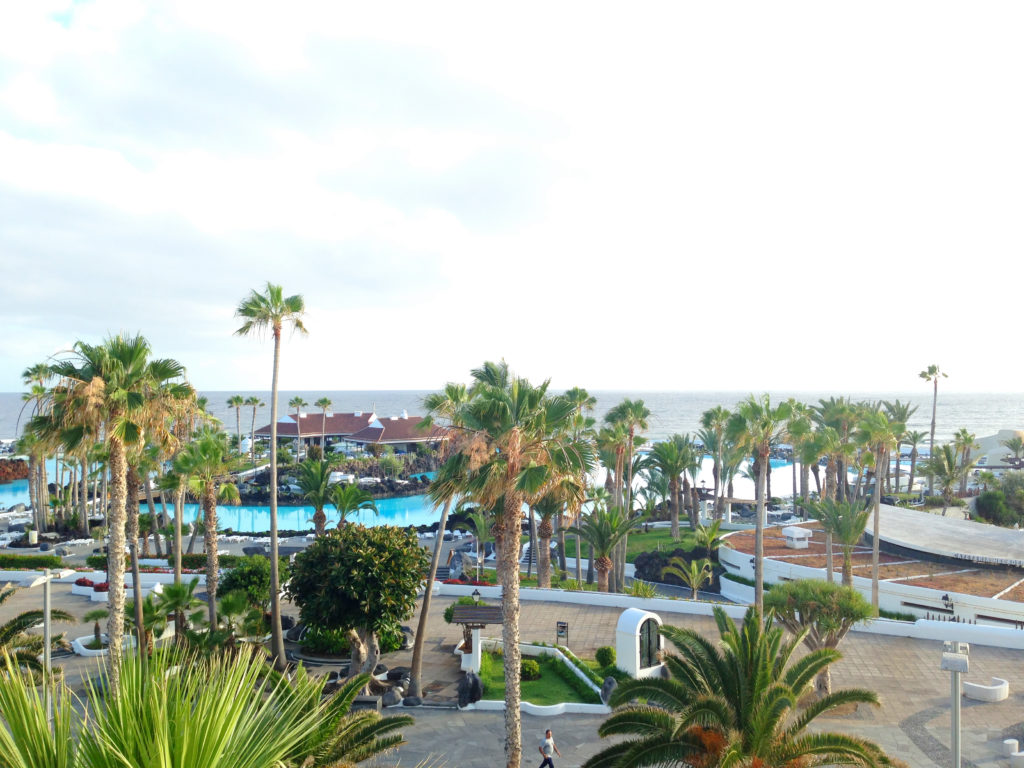 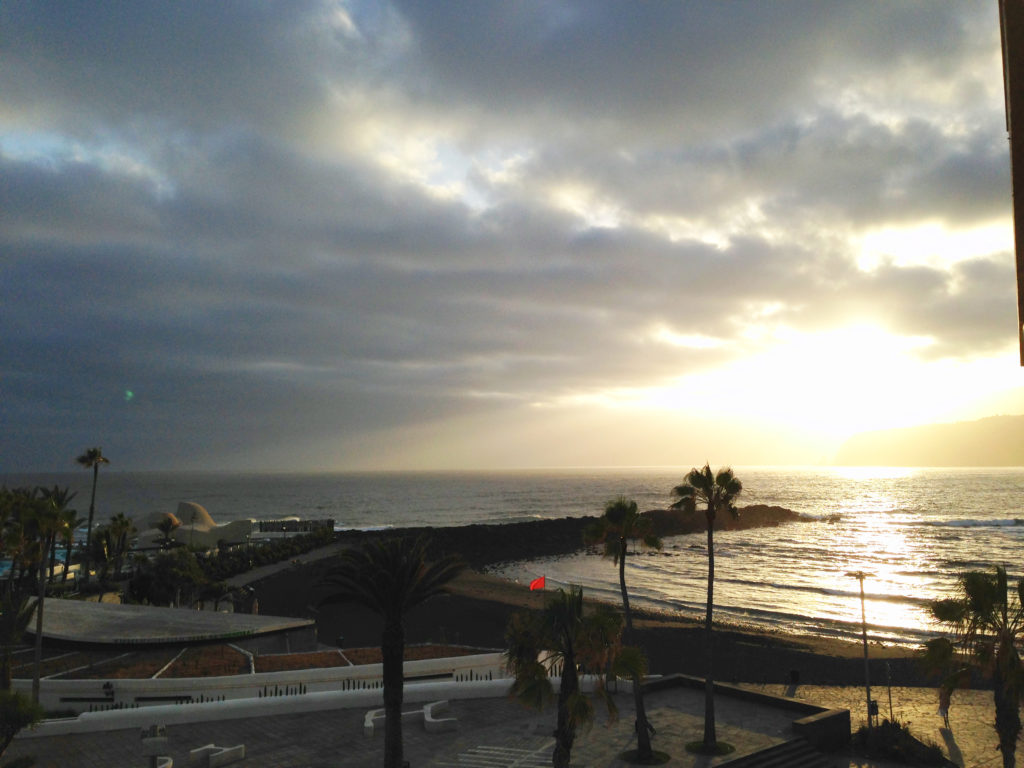 The food was good, we had all inclusive. For breakfast there was a big selection of bread and pastries. You could choose between smoothies, cornflakes and fruit. There was everything you could wish for. For lunch there was also a buffet, where you could take away what you wanted. For dinner, there was every evening something different. One evening there was kind of an „italian night“, which means pizza, lasagne and pasta and one evening was a „chinese night“ with fish, sushi and chinese noodles. Yum! At the evenings I also went to the hotel bar to enjoy some refreshing cocktails. During the day I stayed at the hotel pool, which was very relaxing.

What I did there: Well, of course one day I went to the beach. The sand there is black because Tenerife is a vulcan island, and the Atlantic is very very cold – about 17 degrees. I didn’t go swimming, because it was really cold, but actually it wasn’t really necessary, because the air is so refreshing because of the atlantic sea. 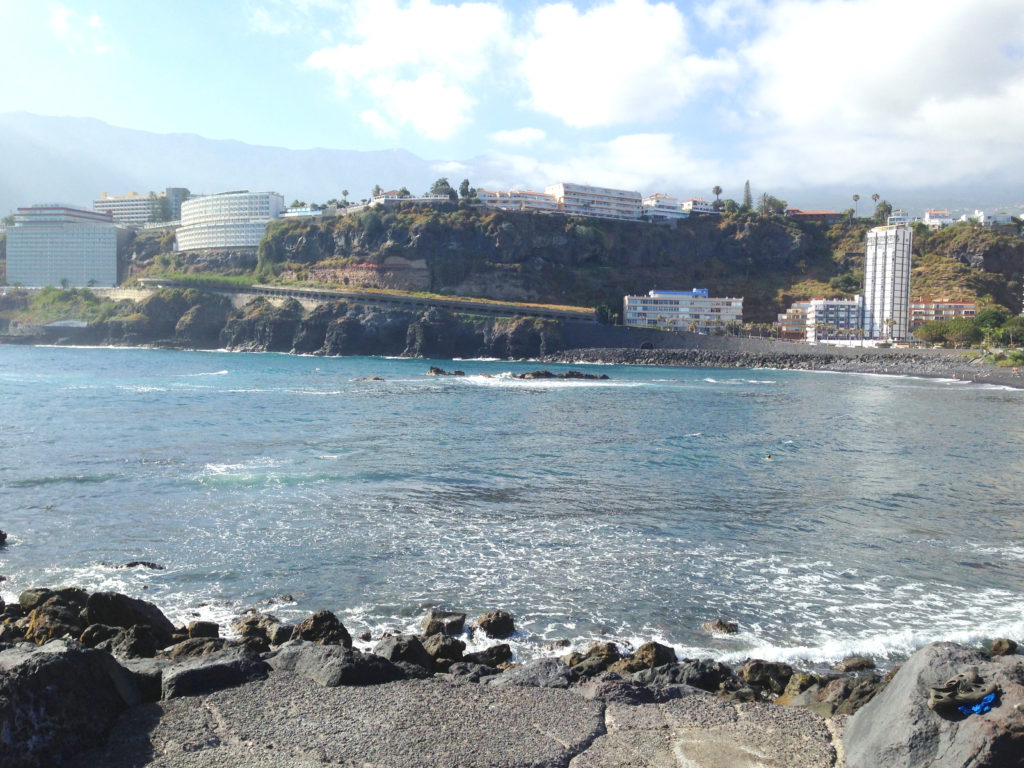 I also visited the Lago Martianez, which was soo beautiful! This is a swimming pool filled with seawater. It is very big and has different little snackbars and one bigger restaurant. You can borrow a parasol too. The water is also as cold as the Atlantic (because it is filled with fresh seawater now and then and has no time to warm up). It was very nice staying there, and also really relaxing. 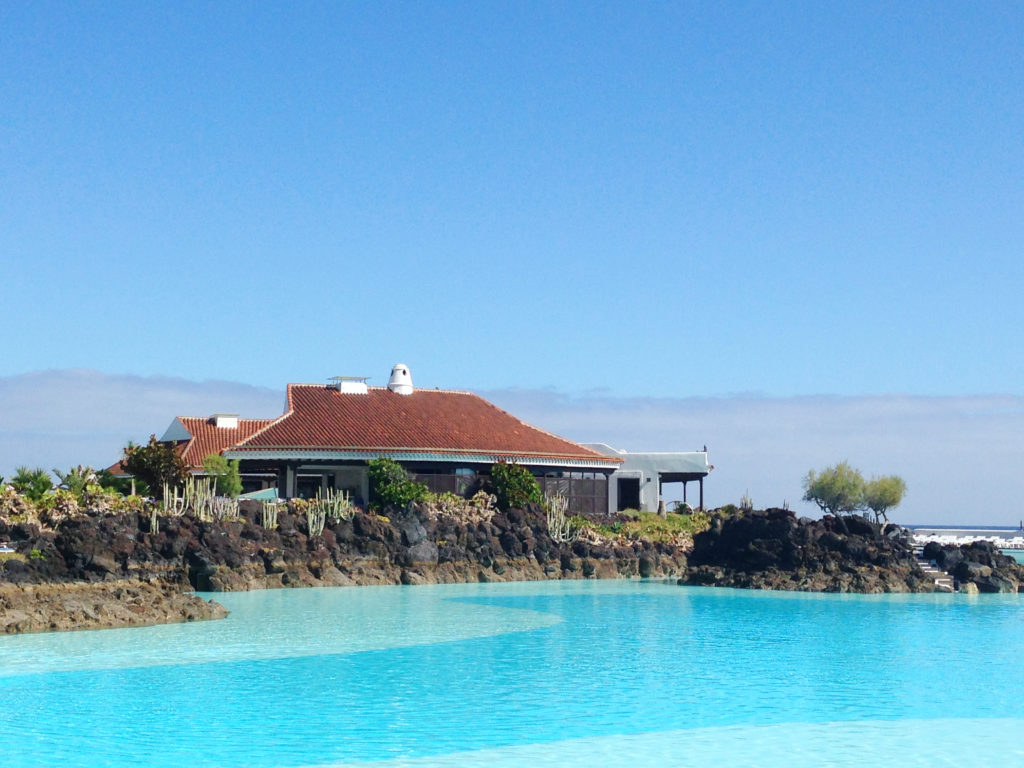 The other day I went to Loro Parque, a famous animal park, where you can see many different animals such as dolphins, orcas, birds, sealions and sharks. This park is so big, you definitely have to go there at 9 o’ clock am, because at lunch time it gets more crowded and crowded and its not as calm as in the early hours. There are also dolphin, orca and saline shows, which are very nice to look at! All in all this park is amazing, so many animals to explore and also exotic plants! 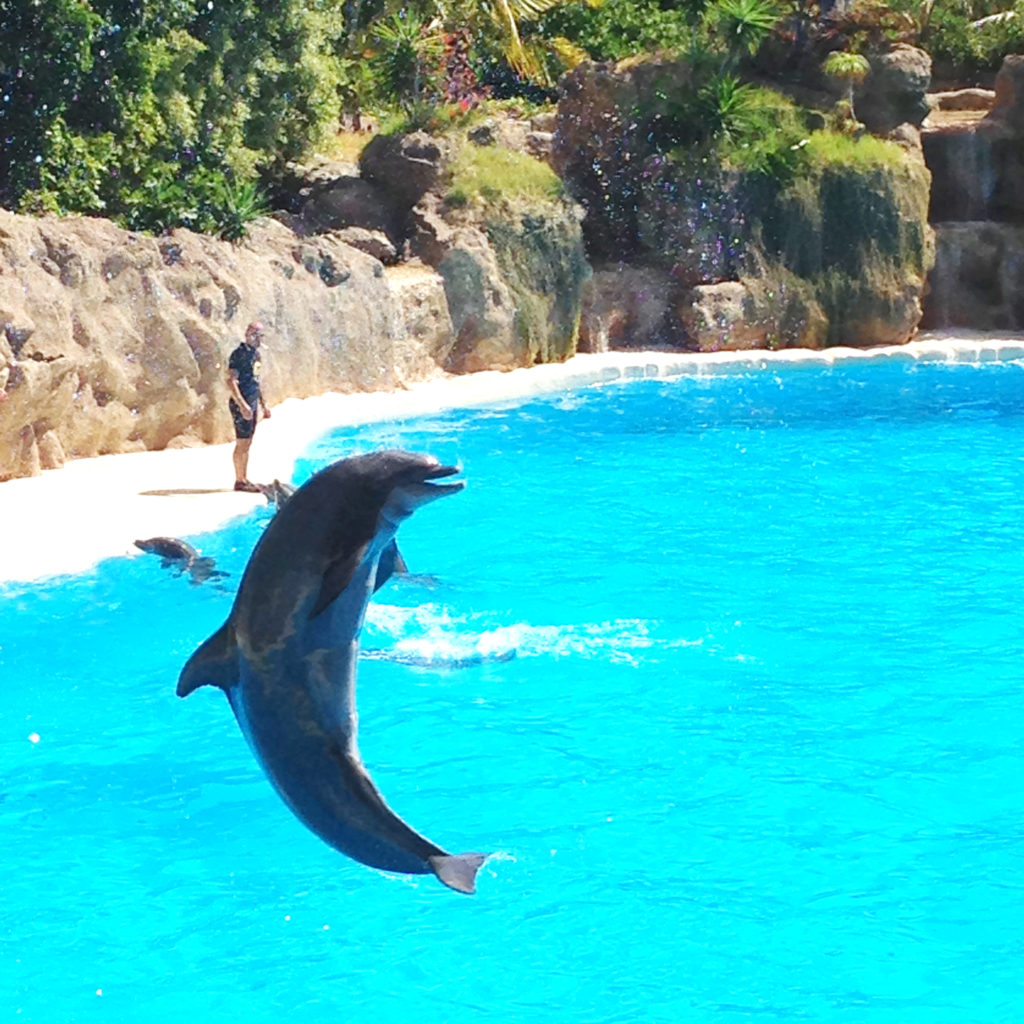 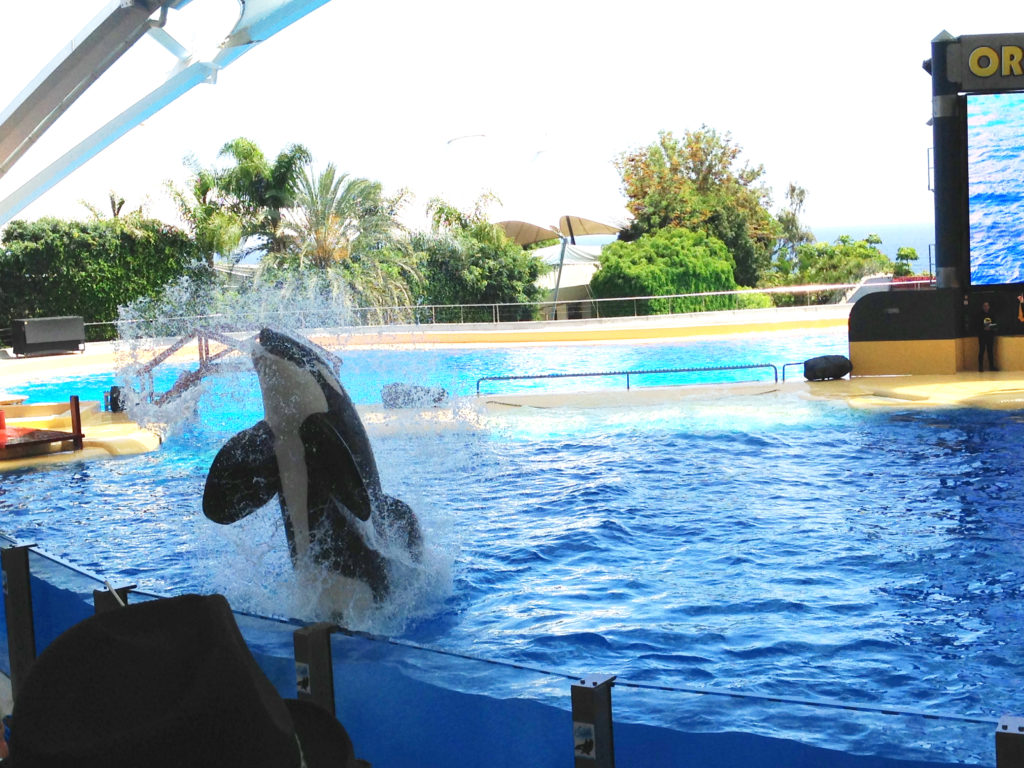 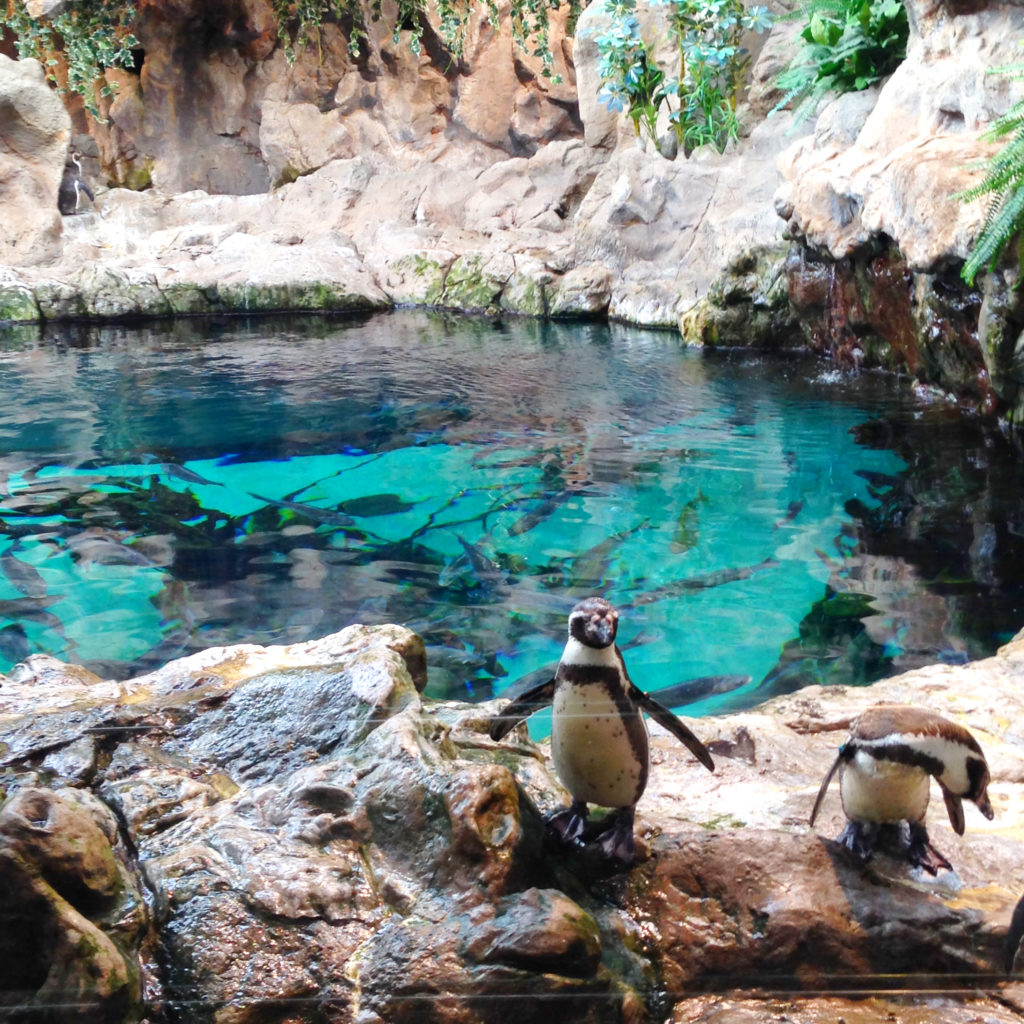 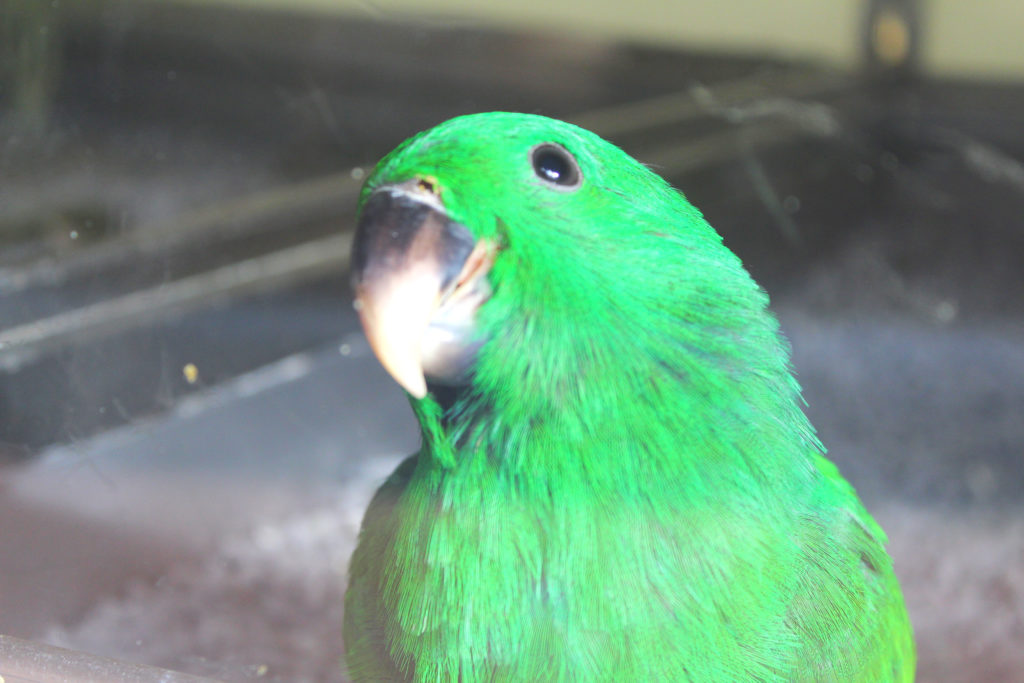 One day I also went to the Siam Parque, which is in the South of Tenerife. I went there by bus (I travelled with TUI and they had some special offers, f.e. I got all the tickets beforehand, which means I didn’t have to wait in line at Loro and Siam Parque). Siam Parque is wonderful, it is so big, there are so many waterslides, it is a real paradise for the young and old ones. The slides are amazing, and each one is a little bit different. I was kind of shy and only tested 4 slides, but all the others looked kind of scary to me ;-). Furthermore you had to wait quite a long time for sliding, and I wanted to chill and enjoy my time there, not waiting 1hour for every water ride! There was also a big swimming pool where you could chill. There are a lot of snack bars and restaurants and also lockers for your personal stuff. So if you need an adrenalin kick in your holidays, check this park out! 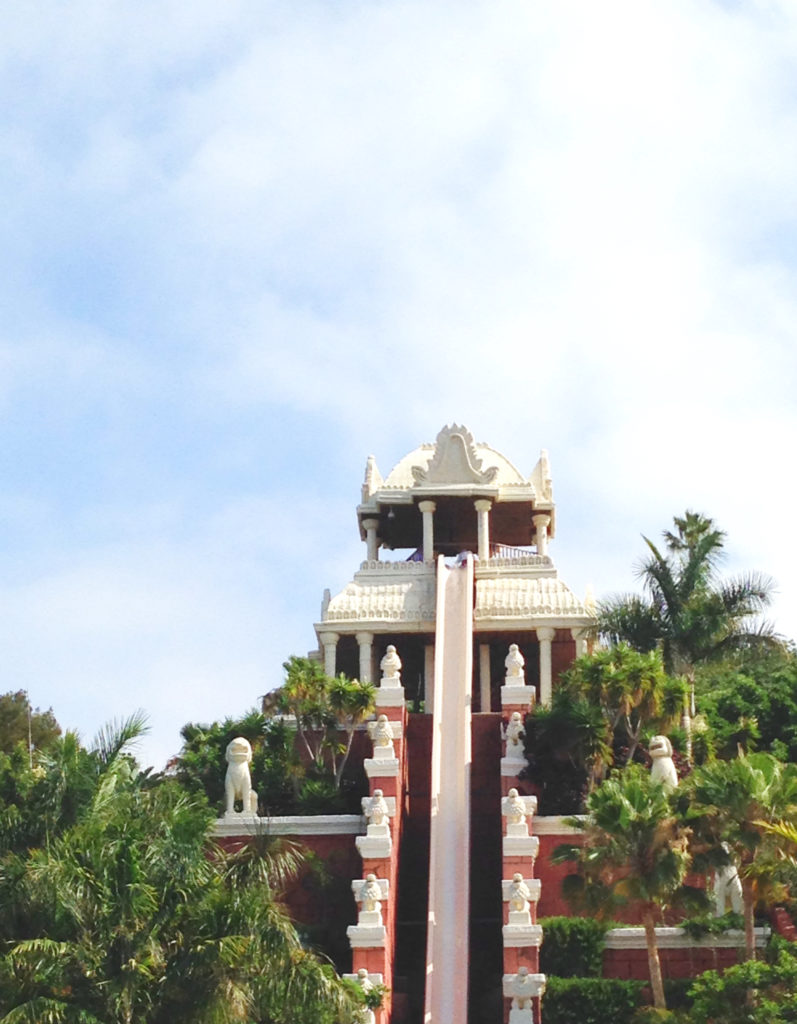 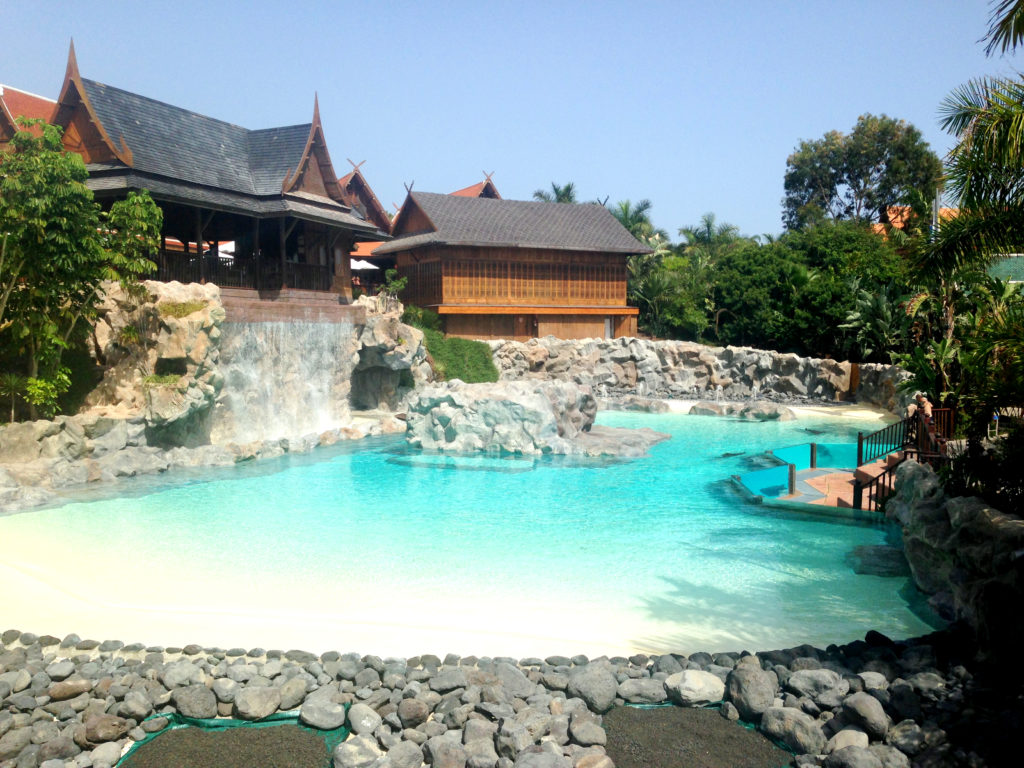 On another day I went to see El Teide, a vulcano. I also went by bus and then by ropeway, because this vulcano is about 3700m high! It was very interesting to see the nature and also to walk around a vulcano! Unfortunately we didn’t have a nice view, because it was quite cloudy that day, but still it was a nice adventure! Around Teide is also a national park, which is about 190km^2 big! 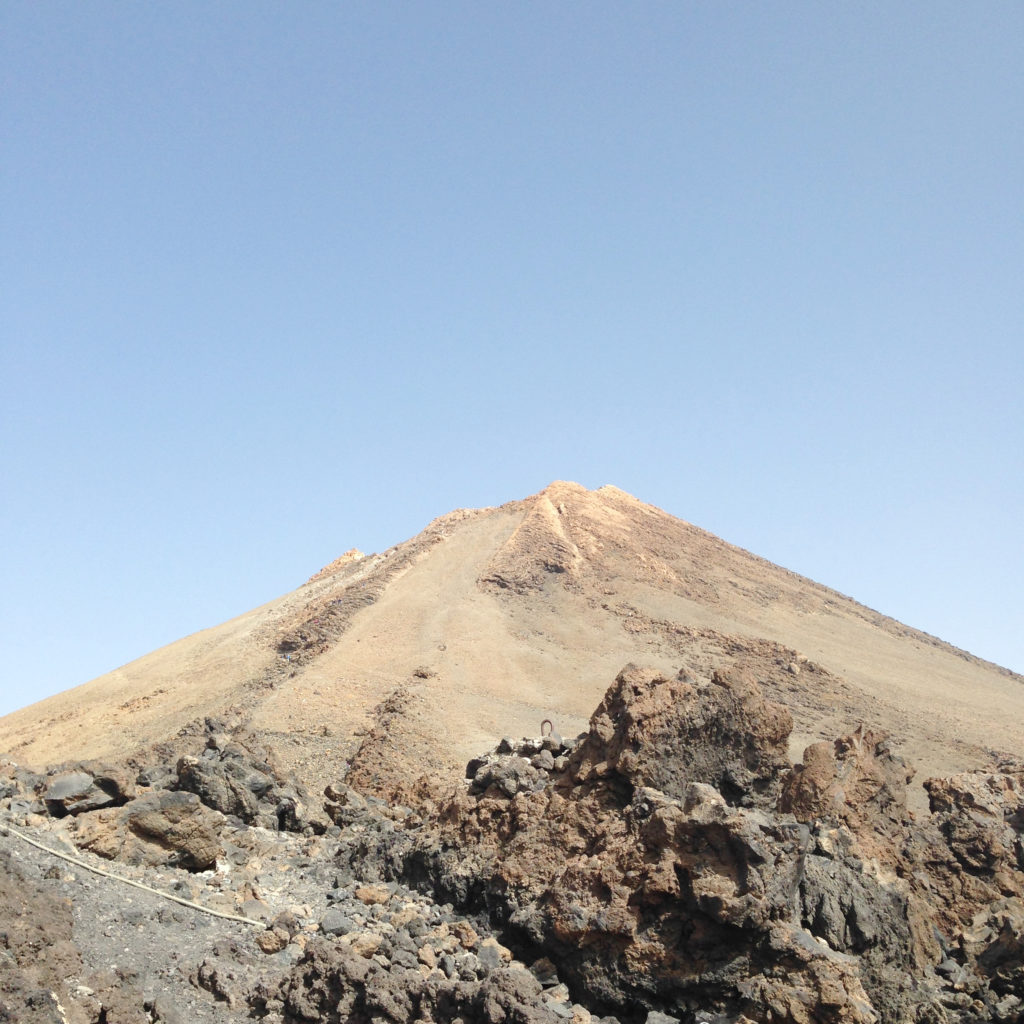 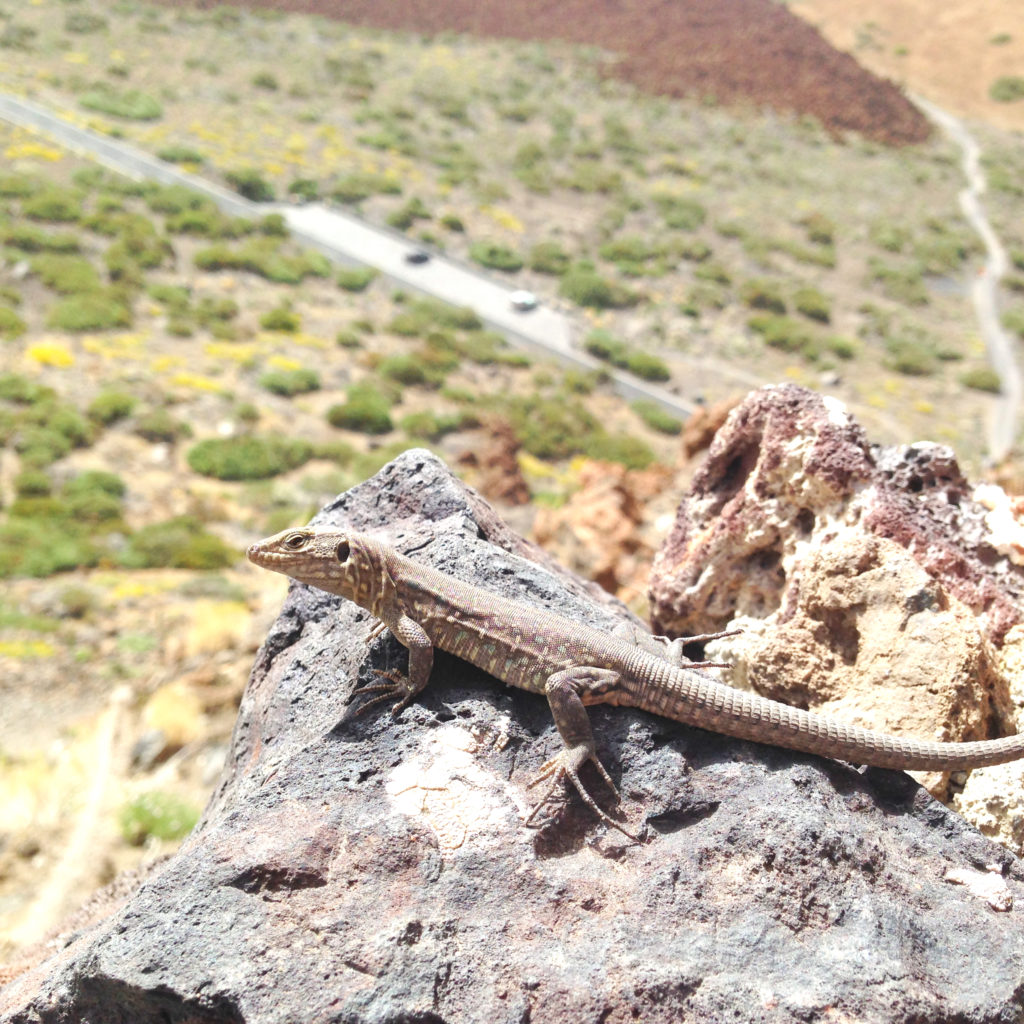 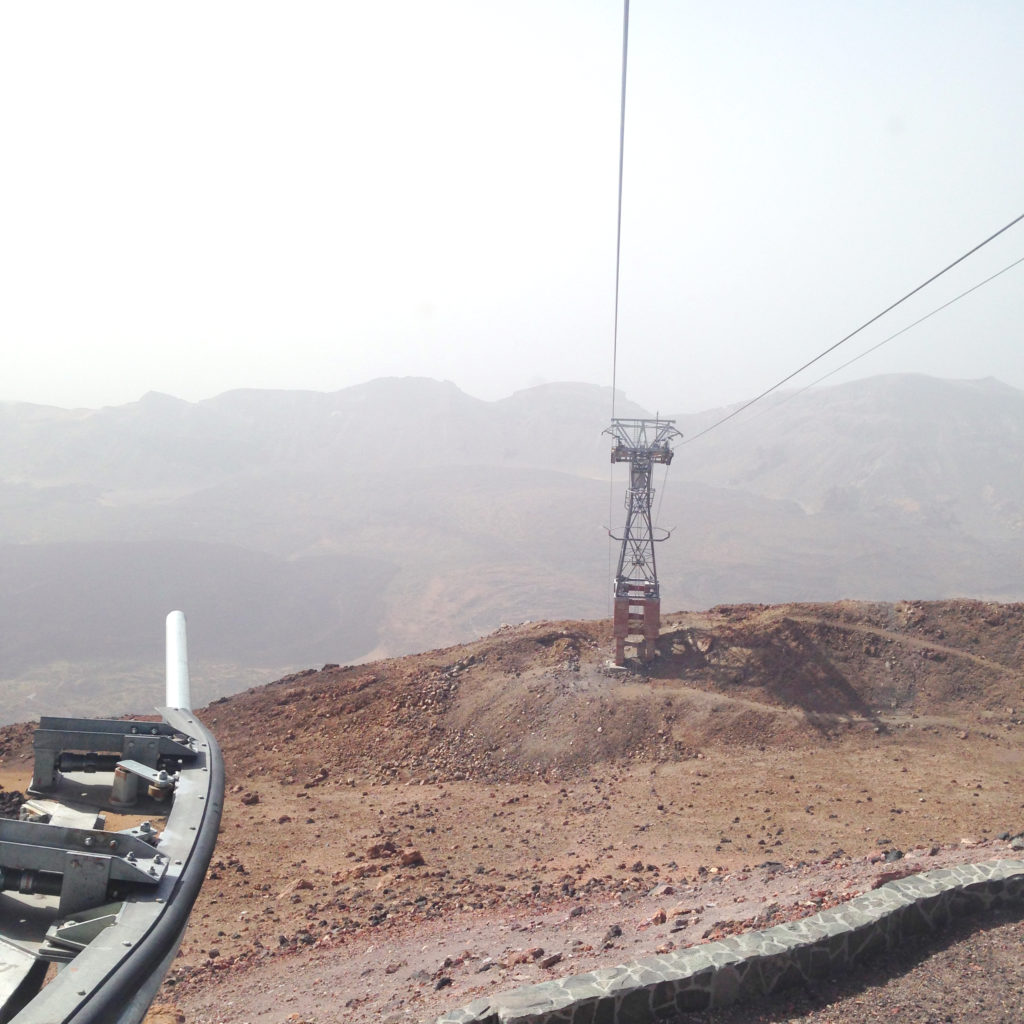 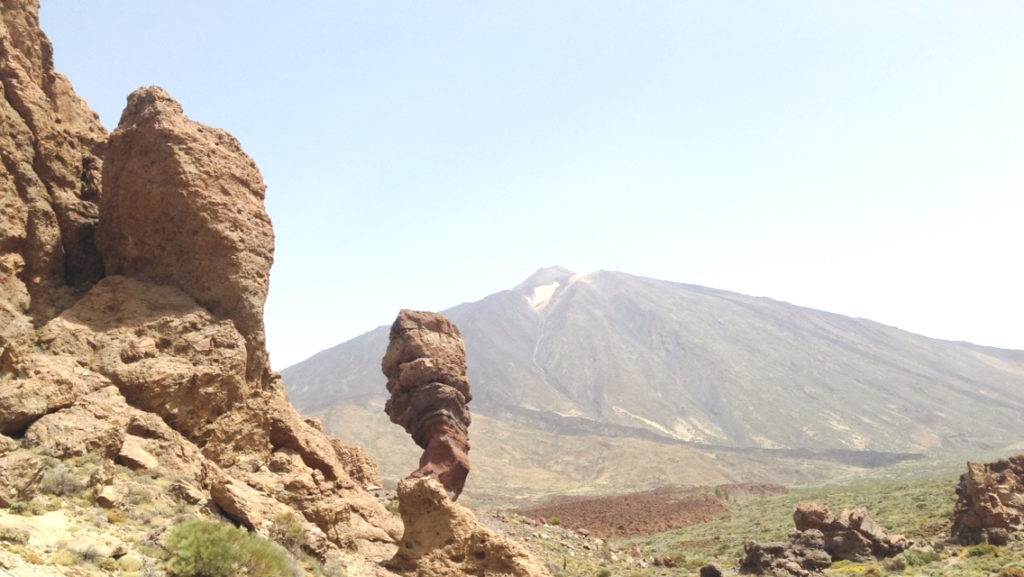 Tenerife is a very interesting island, its nature and climate is wonderful and its bigger than expected. If you want to see a versatile island, want a nice weather and explore something, then i would say is Tenerife a perfect match!